The perfect gift for anyone interested in dealing in the Dark Arts! A beautifully illustrated playing card set featuring images and symbols from the dark side of the Wizarding World of Harry Potter, the Dark Arts Playing Cards take their design from the famed villains of the Harry Potter books and films. Ideal for game nights at home or for staying entertained when travelling, the set comes housed in a stylish black Dark Arts themed tin. First published in 1997, J.K. Rowling’s bestselling series of novels following the magical adventures of Harry Potter, Ron Weasley and Hermione Granger has since become a cultural phenomenon. A huge success in novel form, the world of witchcraft and wizardry was then given big screen treatment in 2001, launching one of the most successful blockbuster film franchises in cinema history. Harry Potter is instantly recognisable to millions of people across the world, and is hugely popular among fans of all ages. A great gift for Harry Potter fans, the Dark Arts Playing Cards are an officially licensed Harry Potter product. 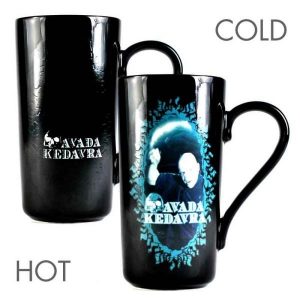